The amazingly talented Mykeljon is releasing his first international album and already has received rave reviews and accolades from American critics.

His 2012 album titled “World Stood Still” is a style of composition and playing which is special enough to incorporate several different genres of music, primarily jazz and rhythm and blues. The album is laden with solid performances and is as artistically rich as it is entertaining.

“World Stood Still” opens with its title track, one of the more pop oriented songs on the record. Accompanied by guitarist Bruce Kerr, who plays some tight, emphatic solos while also laying down a wonderfully driving bass line, the song’s hook is propelled by Mykeljon’s vocals, where he displays his talent for harmonies.

Mykeljon has barely let a day go past him without having a musical instrument in his hand. He started playing at the tender age of four years old. With that kind of passion from an early age as well as having an encouraging and musically educated godmother, Mykeljon found his way into being enrolled at the Queensland Conservatorium of Music in Brisbane. His studies there in guitar, voice, composition, production and arranging have contributed to his 2012 album.

Some of the tracks that show his vocal prowess include “Surrender to Love,” “Sacrifice.” “You Ran Away,” “Bleeding for Your Kiss,” and “Sorrow.”

Mykeljon said the hardest thing through the entire project is that it took two years to complete, and the only thing you can do is to take the time! I think there is a space in most people's day to listen to this album. Recorded in Auckland at Ellamy Studios with musicians from all over the globe, it truly is bound for international ears.

Mastering the album was done in New Jersey USA. “I said to the sound engineers that I’d really like to start with this track and end with this one. I was too close to it and so allowed the engineers to choose what track went where, and they did a fantastic job!”

“Most favourite song? Every song has a bit of magic about it. “Sorrow” has lots of shades, colour and space in the arrangement. It’s kind of got a Latin edgy laid back groove. Takes you to a whole new realm and then pulls you back again ending with tasty lyrical soprano saxophone – I love the whole music creation process!”

“Radio is so typecast – you’ve got to fit in the box and I don’t, so I’ve kind of turned that around and said, well I am what you hear, so adult contemporary would be the wider umbrella that this is set under. As an artist I perform in a variety of different styles, whether that be riding the edge of the blues or country, the ultimate quest is that the flavour remains cohesive. It's really about establishing yourself as an artist. It takes great strength artistically and a large working knowledge of music to pull it off. I am humbled by the recognition of the likes of Rickey Grundy, Pat Kelley and critics so far.”

“…it leaves you with a sensation that you just heard something special… Mykeljon was able to lay down a solid collection of performances that captured the spirit of his songwriting. This is a wonderfully unique album from a unique musical voice that the world can only hope to hear more from.”

Get your copy of ‘World Stood Still’ today! 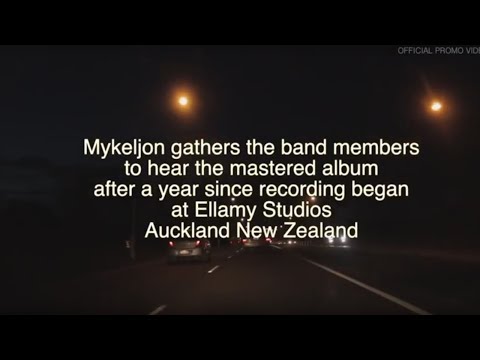 or copy this link: